This post shows how to easily create a running total in Power Query that performs fast. You will learn different approaches, all with their considerations.

What is a Running Total?

So what is a running total? A running total refers to the cumulative sum of a range of values. You add up all previous values up to the current row and return the sum of these values.

The idea is that a running total helps you to easily see how a cumulative value develops and it’s often used to show when it reaches a certain point. For example when sales reach budget.

You will learn several ways on how to compute a running total. The first two are relatively slow but stick till the end to find 2 very fast performing methods for creating a running total in Power Query.

The first two approaches you learn all Sum up a range of values. With each step they sum up all the values from the start of the value series up to the current one.

This is also the reason why both methods are relatively slow. With each cell they need to retrieve the previous values and compute the sum. To accommodate these calculations your first task is to add an Index Column to your table.

This adds a column with an increasing sequence that starts at 1.

With above data prepared, you are ready to create your running total.

The first method makes use of the List.FirstN function. You can find examples of how to use this function in this article.

You can do that by adding a custom column with the following formula:

Notice that line 3 references the Previous step name with #”Added Index” and refers to the column name with [Amount]. This returns a list of all values in the [Amount] column as stated in the previous step.

You can also return a running total with the List.Range function. It uses a very comparable principle, only this time you need to provide both the offset value and the number of values to retrieve.

The offset value should be zero to retrieve the first value in the list and number of values to retrieve should equal the Index Column value.

A downside from both the List.FirstN and List.Range methods are that they both perform slow. There are two reasons for this.

Not Holding Values in Memory

The first reason is that to calculate the result both functions need to retrieve more and more values with every step. The first row requires a single value, but the 100th row already sums up 100 values. And to do that, Power Query retrieves the entire list of values again and again, makes a selection and then sums up the result.

You can easily improve the performance of both functions. Instead of repeatedly retrieving the values for the calculation, you can force Power Query to keep the values in memory while computing the results of the step. You can use the List.Buffer function for that.

So instead of referencing #”Added Index”[Amount], you can add a separate step in your query that states:

The step then returns all values in the form of a list. Make sure to name this step BuffValues. You can then use this buffered list with values, to make your Running Total Calculations.

Performance improvements will vary but can easily be 10 times quicker.

The second reason for the slow performance is that Power Query performs a lot of duplicate calculations. For the first three rows, Power Query does the following calculations:

When you finish the third calculation the value of row has been retrieved 3 times already, and the value of row 2 twice. Imagine arriving at row 1000. By then a lot of values are used repeatedly.

If you could somehow save the Running Total result of each step and only add the value of the current row to it, you would arrive at the new running total value with a simple calculation.

Luckily you can achieve both using either List.Generate or List.Accumulate, the faster approaches.

To achieve a big performance increase for running totals, you want to save interim running total results and re-use them. This chapter shows you two ways on how to achieve that.

The examples start with below easy dataset as the Source step.

Besides the source step, I also created a step called BuffValues that saves the values for the Amount column in memory. The step has below code

So far we have created Running Total values by using the ‘Add Column’ functionality. The down-side of this method is that you need all values to compute a running total.

Both fast methods require a different approach than the previous ones. In this approach you:

This makes it that no unnecessary calculation are made.

To create a running total List.Generate is a useful function. You can create logic that runs until a condition is no longer satisfied. In this way, the function lets you create multiple lists of values, including interim calculations, by using a record.

You can learn about List.Generate in this article.

The running total formula with List.Generate is:

So what does the function do?

Make sure to call this step RunningTotal, we will reference it in the next step.

The big benefit of the List.Generate approach is that to calculate all running total values, the function does not repeatedly retrieve old values.

Instead the RT value remembers its current state and adds only the next value in the list.

The only downside is that you are now left with your Running Total values in a list. And you actually want them as a column in your original table. What’s left is to combine them.

You can combine a list with a table by transforming the columns of the original table to lists and then combining them using the Table.FromColumns function.

You can find the syntax of the function in this article on creating tables from scratch.

The formula results in a table that misses the data type for the Running Total column. Yet if you slightly adjust the code, you can define the data type in the same step:

List.Accumulate is another good candidate for creating a running total. Whereas List.Generate keeps running until a condition is no longer satisfied, List.Accumulate works on a set amount of values.

To learn more about this function, read this article.

We start with the same setup as before, meaning with the Source step and the BuffValues step that keeps values in memory through List.Buffer.

From here you can create a Running Total with the following code:

What does List.Accumulate do here?

The result of the List.Accumulate function is a record with two Fields. One fields holds the last iterated CurrentValue, which is 168. And the other field contains the list with our RunningTotal values.

At this point the only field you want to use is called RunningTotal. You can add [RunningTotal] behind this formula as in line 9, to return only the field Running Total.

With this in place, the only things left is to combine the Running Total list with the original table. You can use the same code as in the List.Generate chapter:

And that’s all you need to know to create a running total in Power Query. Did this go too fast for you? Download the file to test it out yourself!

What’s still missing is how to perform a running total by category. This is an advanced topic that deserves this separate article, make sure to check it out! 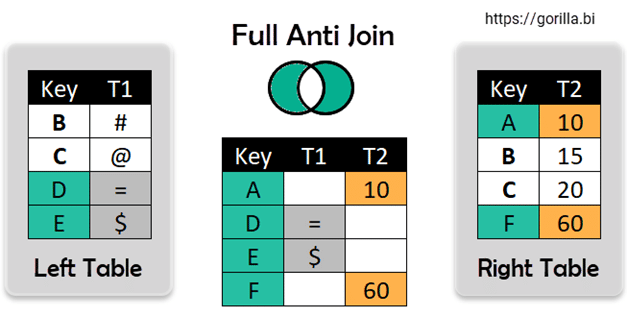 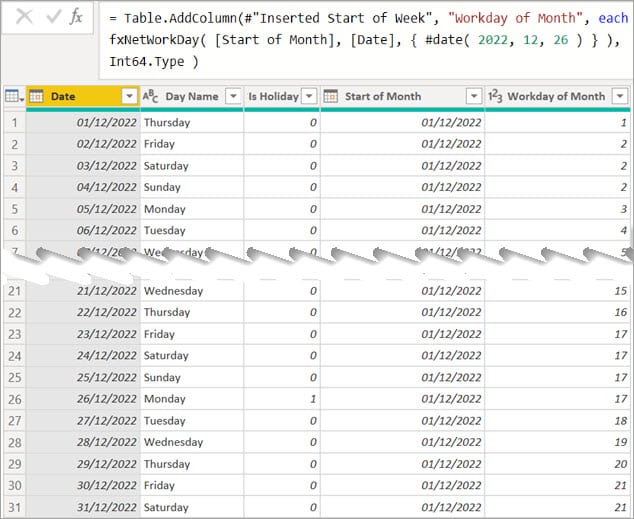 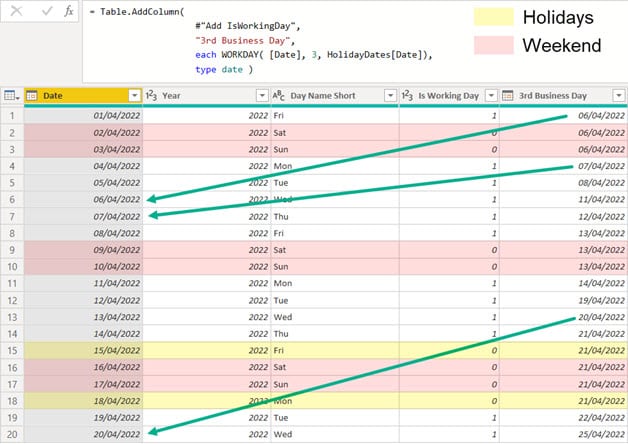